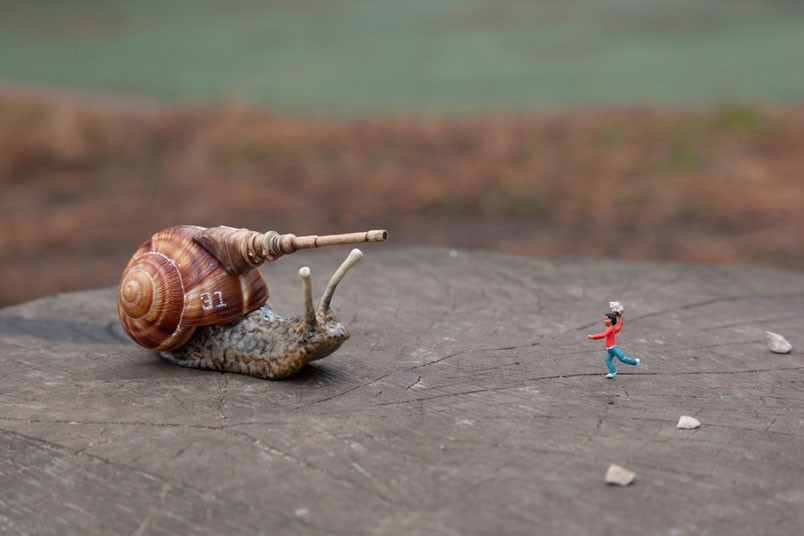 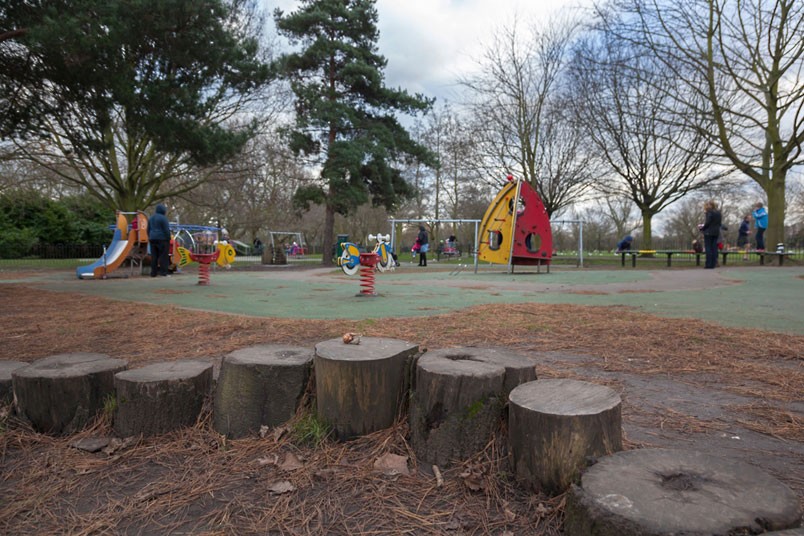 Slinkachu, the UK-based street artist, has been commissioned to create 3 pieces for the exhibition ’20 Years of War Child’.The exhibition celebrates 20 years of the charity, who have helped saved the lives of over 800,000 children in the world’s most war-torn countries, from Bosnia, Chechnya and Rwanda to Afghanistan, Iraq and the Democratic Republic of Congo.

Slinkachu says, “I was more than happy when O2 approached me to create some pieces for the War Child 20 year exhibition. I’ve been keen to do something dealing with the impact that war has on the often voiceless victims of conflict – children. My work features the unheard, the unseen, forgotten and the often ignored people in today’s world so this project was an obvious collaboration to get involved with.”

20 Years of War Child is currently on display alongside artwork collaborations between the charity and the music industry at The British Music Experience, until March 28, 2013. 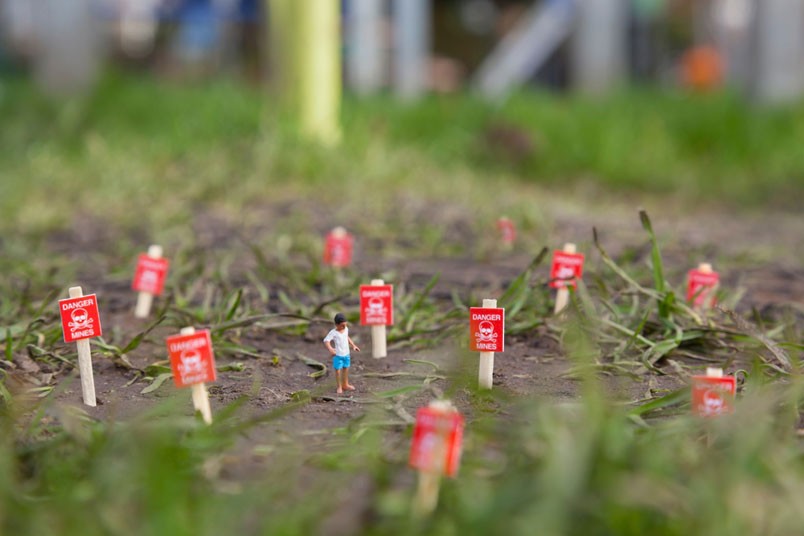 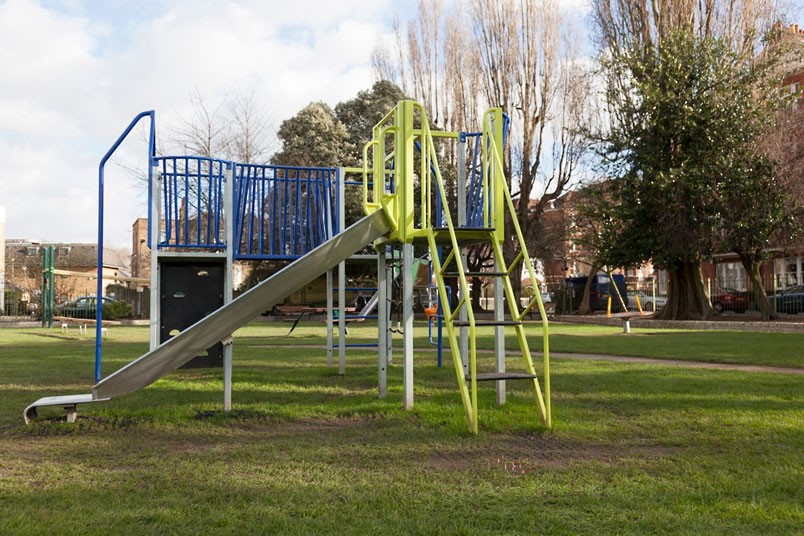 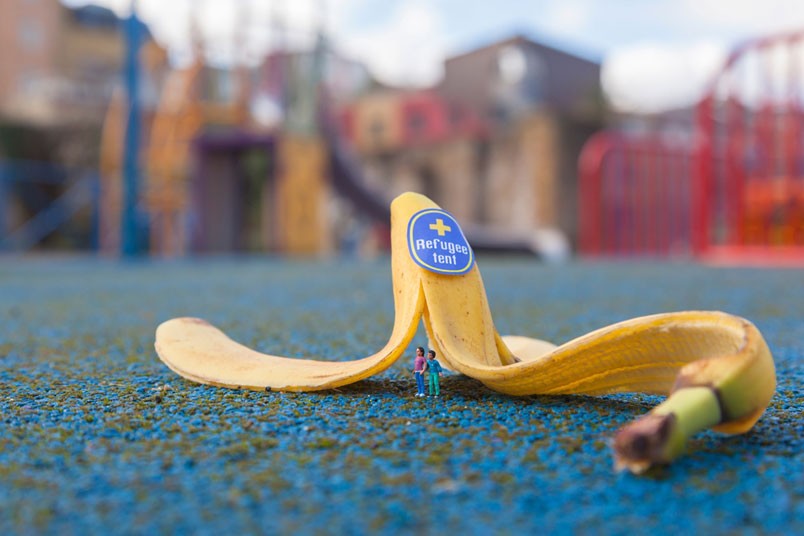 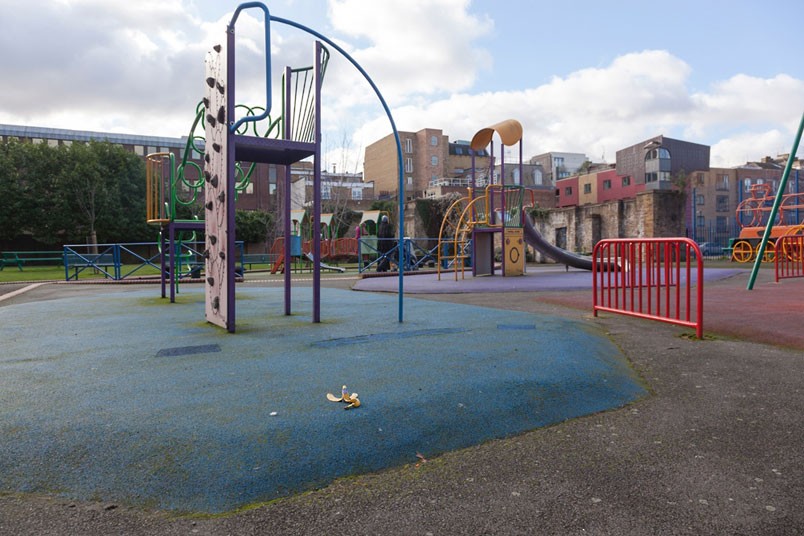 Picture by Slinkachu. via The Telegraph

‘VOYAGE D’HERMES’ by Moebius
All, Pick from the Web