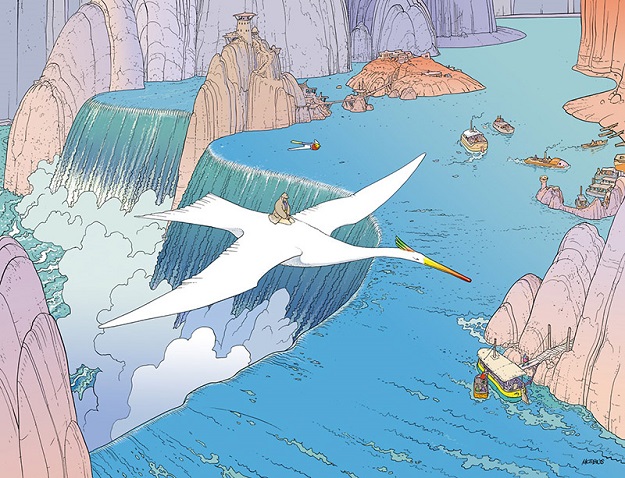 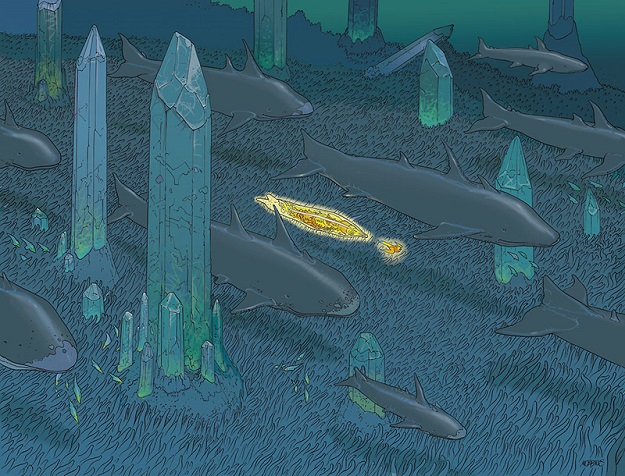 French illustrator Moebius created a series of nine illustrations for fashion brand Hermes just before his death, in 2012. As part of their campaign titled ‘VOYAGE D’HERMES’ for a new perfume which was released at the time. No one is quite sure where the works ended up but based on these illustrations, it would have been quite the visual treat. (Via)

Geoff Litherland in ‘We Will Say Goodbye To Everything’
at the Nancy Victor Gallery, London
All, Artist Show

Geoff Litherland in ‘We Will Say Goodbye To Everything’
at the Nancy Victor Gallery, London