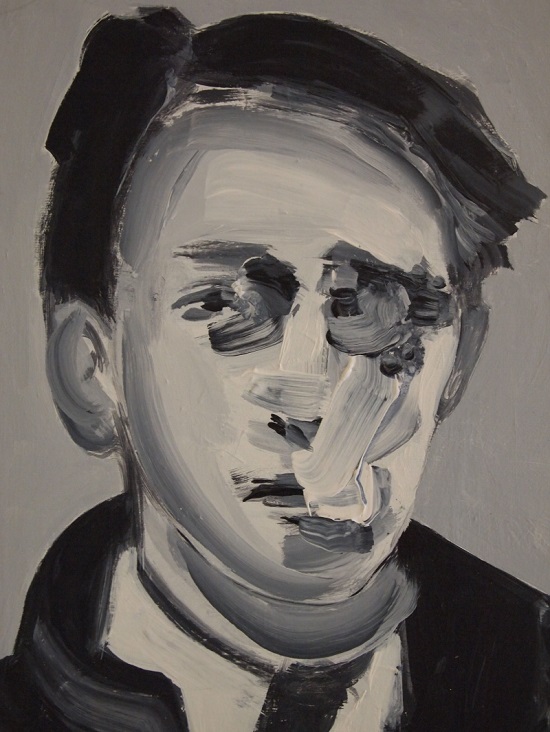 Rafael was one of a series of black and white portraits entitled “Memory”. The portraits represent faces of people from the past, with whom I have not had direct contact for many years in some cases. The series explores the nature of memory in general, and visual memory in particular. What interested me, was how you can recall faces of people from your childhood in dreams with vivid and detailed clarity. And yet it is hard to have a clear image in your mind in the waking state, and even harder to paint the image from that memory.

On a deeper level, this is an examination of the interplay between the conscious and subconscious mind in the creative process and in the memory faculty, as well as the process of relating to people in general. In many ways and on many levels, there always seems to be some kind of disconnect between the image of something and it’s underlying nature or reality. So in a portrait done from memory, the question becomes: “Which part of the image is a reflection of the nature of the subject, and which part is a projection from the artist’s memory or imagination?”