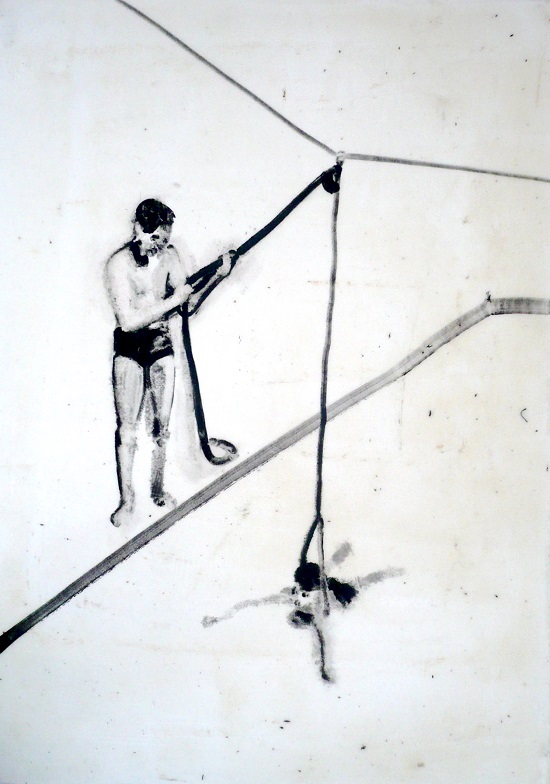 As I was making The Lesson I was thinking about what it means to be held up, how dependence comes with its own particular pleasures – of being lifted, of relinquishing responsibility, of being carried forward, of flying almost. And then the other side of that state of suspension – the lack of control and the forfeiting of power.

I thought about teaching itself as a constraining force, a cordoning off of possibilities, that the boy is being hemmed in by his support system. His track through the space around him is now limited, his flight path delineated by the rope which holds him up. So, he is taught and he learns, his vulnerability is poignant as it speaks of innocence on the edge of being lost, innocence becoming experience.