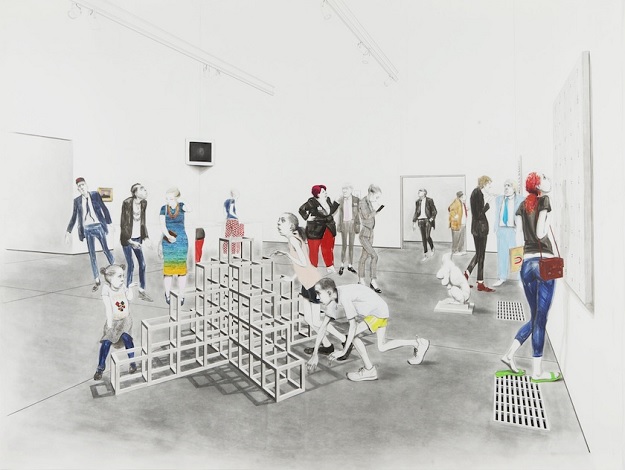 ”It Means It Means! is a ‘drawn group exhibition’ staged in two locations simultaneously – once as a fiction, once as a fact. The first location is the Museum of Art Onomatopoeia on ‘The Island’, a fictional realm that has provided the backdrop to Charles Avery’s artistic and philosophical investigations since 2005. The second location is Pilar Corrias, London.

Curator Tom Morton has been given plans of The Island’s Museum, for which he has devised a show of real works by real artists, from Antoine Watteau to Tino Sehgal, which may only be witnessed through a series of drawings made by Charles Avery and presented at Pilar Corrias. An example of what André Malraux termed a ‘Musée Imaginaire’, ‘It Means It Means!’ explores what constitutes a site for artistic/curatorial production, and the artist/curator relationship. It is an exhibition that contains an exhibition, and a series of artworks that contains a series of artworks. The real, here, is displaced into the fictional, and the fictional into the real.

‘It Means It Means!’ circumvents almost all of the usual processes and paraphernalia of exhibition making. This ‘drawn show’ does not demand loan agreements, shipping contractors, or teams of toiling technicians – all that is necessary to its creation is a list of works, supplied by the curator Tom Morton, and Charles Avery’s efforts at the drawing board. If freedom from budgetary constraints means that the exhibition might conceivably contain any artwork from anywhere in the ‘real’ world (compare the costs of transporting, say, a large bronze sculpture across an ocean to depicting it in pencil on paper), the fact that it is staged in a fictional museum, in the capital city of a fictional territory, gives rise to further freedoms, perhaps among them the suspension of certain curatorial orthodoxies.

The exhibition’s title offers a response to a question often asked of unfamiliar artworks: ‘But what does it mean?’ To state that ‘It Means It Means!’ is to point to art’s primary property, the fact that it ‘means’ before it ‘denotes X’ or ‘connotes Y’. Perhaps it is only when works from our own world travel to another that this property comes into focus. ‘It Means It Means!’ is, after all, a showcase of exotica, of foreign art made after a very foreign Enlightenment. We may ask whether the Islanders understand these works as we do, or whether they take them in a very different spirit? And what is shown at Onomatopoeia’s Museum when it is not playing host to art produced far from the Island’s shores?” 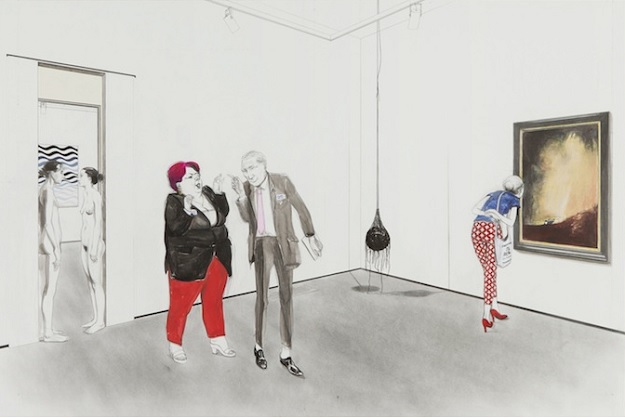 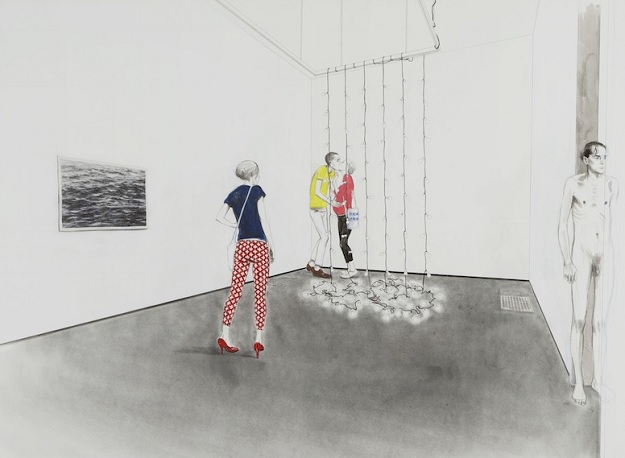 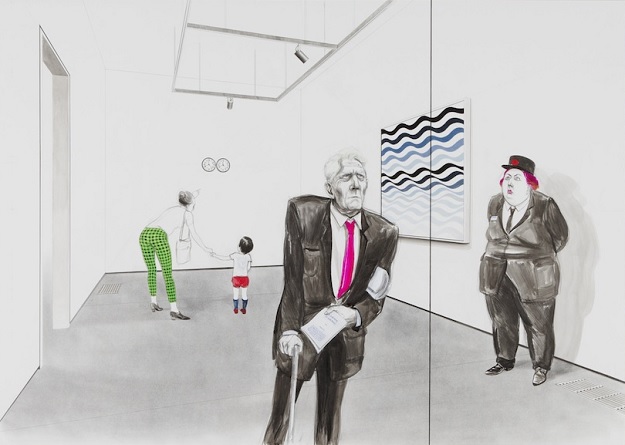 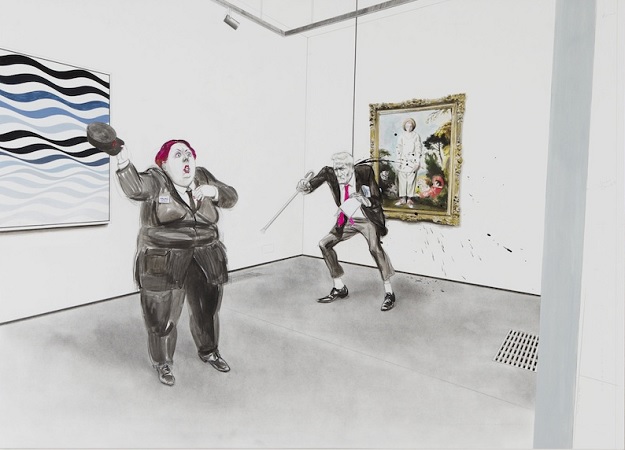