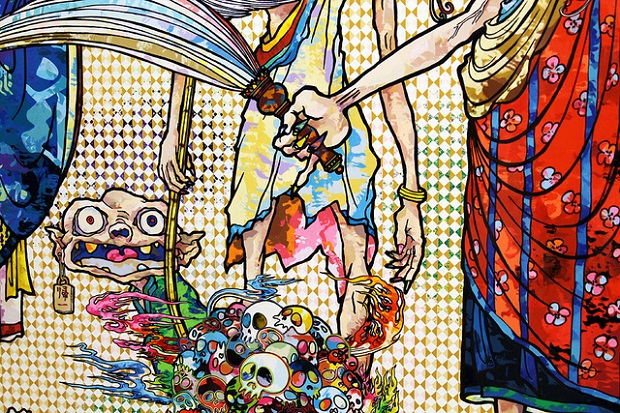 Arhat, which derives its name from the ancient language of Sanskrit, translates to ‘a being who has achieved a state of enlightenment.’ On show will be large paintings, whose source imagery is drawn from an ancient tale of Buddhist monks confronting decay and death. Demonic monsters and decrepit monks in traditional robes and paraphernalia wander psychedelic landscapes. Standing tall and center amongst these large paintings will be a monumental new sculpture depicting a massive skull enveloped in flames, whose antecedents can be found in Buddhist statuary located in temples throughout Japan. The show also contains Murakami’s optimistic and bright, smiling flower faces with his dark and brooding skull imagery and self-portraits featuring Murakami and his beloved dog ‘Pom’. 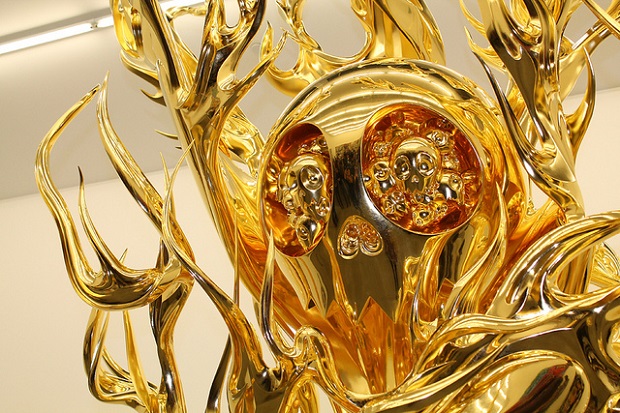 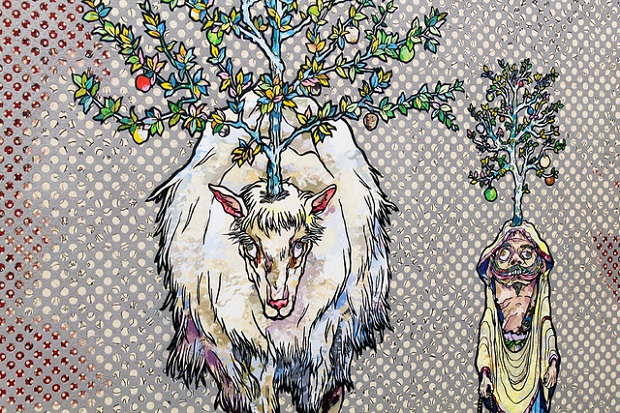 Artist Show
Ilona Szalay in ‘It’s Just A Short Walk To The Future From Here’ On Show at the Arusha Gallery‏, Edinburgh
All, Artist Show, Front Page

Artist Show
Ilona Szalay in ‘It’s Just A Short Walk To The Future From Here’ On Show at the Arusha Gallery‏, Edinburgh

Abandoned Jellyfish
All, Front Page, Pick from the Web