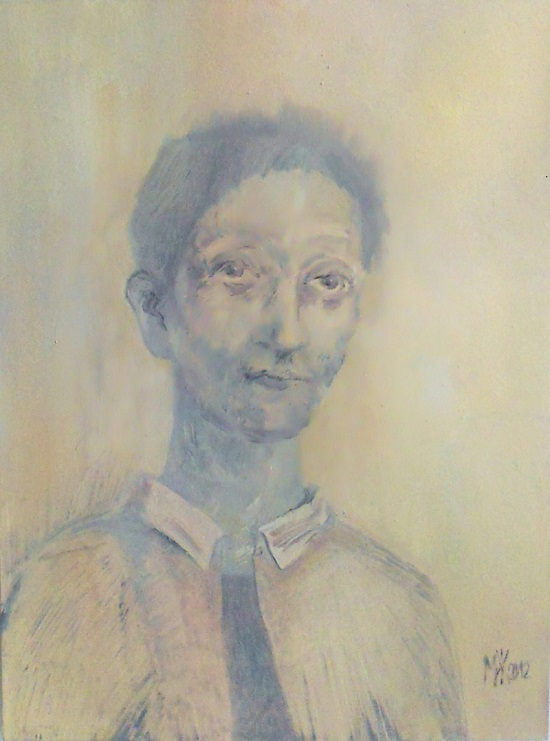 The ‘Face Study’ series of 7 oil paintings came to life during 2011-2012, when I was able to approach the subject I’ve kept close to my heart for a while. For this series of portraiture images I selected 7 vulnerable characters that can be found in the margins of a society, and wouldn’t often be the subject of traditional portraiture. As a painter I have experienced a particular interest and sympathy for certain ‘out of the ordinary’ personalities, such as drunkards, the homeless, the vulnerable, ‘mad’ people and victims of abuse. I always wanted to paint them. I’m intrigued by the controversy in the nature of my characters. 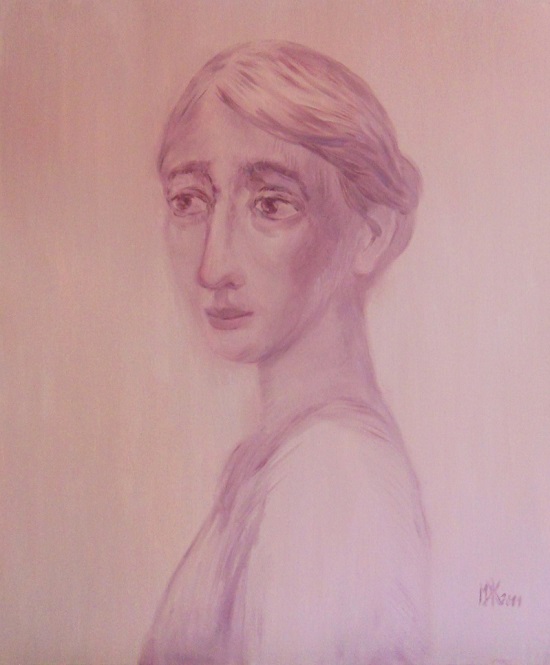 While most of them have had tough lives and disadvantaged upbringings, their faces preserved child-like curiosity directed to the world and express a kind of content. For me the people I portray are attractive because of the raw quality, lack of pretence and polish on their faces.

The portraits were painted from imagination. I usually ‘collect’ impressions of people in my memory, and sometimes sketch them before painting.I  would do a sketch to select a character from a number of memorable impressions, and then paint directly on canvas, without preliminary drawing.