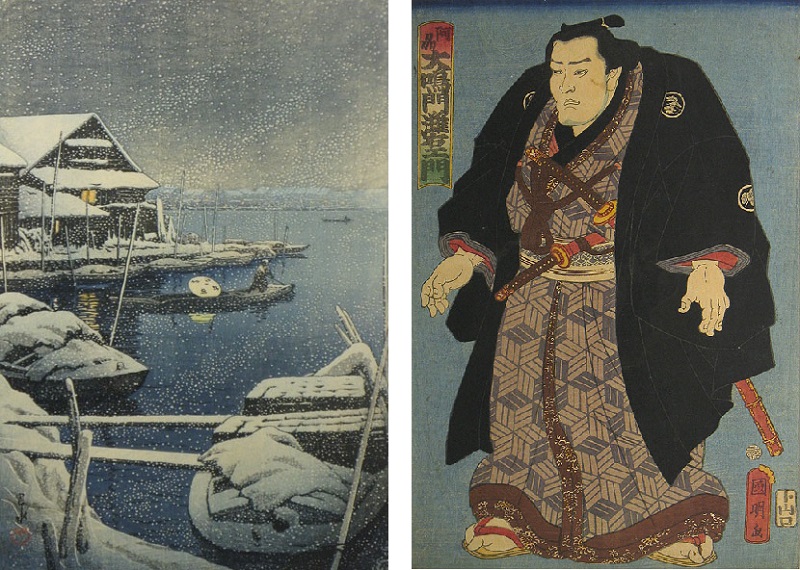 During the Oxford Art Weeks, which runs throughout May, Sanders of Oxford will be showing a collection of Japanese woodblock prints.

Yuki no Mukojima (Snow at Mukojima) featured above left, by Kawase Hasui (1883-1957) is known for his exquisite landscape prints. Hasui was one of the most prolific and talented shin hanga artists of the early twentieth-century. He designed over six hundred woodblock prints, mainly for the publisher Watanabe Shozaburo, although he also briefly worked for several other publishers. Many people feel that Hasui’s most original work was done at the beginning of his career. Unfortunately, the blocks for Hasui’s earliest prints were destroyed in the devastating 1923 Kanto earthquake and they were never reprinted. Consequently, Hasui’s pre-earthquake prints are among the rarest and most sought-after shin hanga.