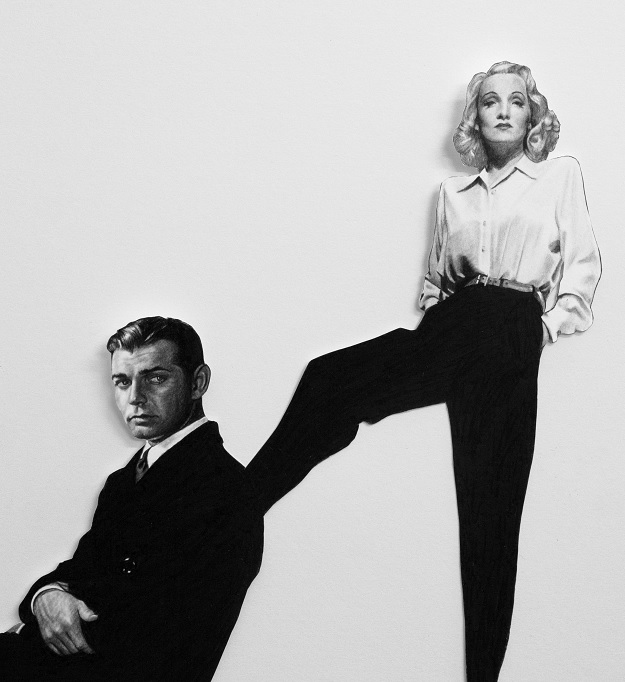 Nina Fowler will be exhibitng a solo show of new drawings and sculptures to celebrate the opening of Galerie Dukan‘s new exhibition space in Leipzig, Germany. We caught up with Nina to find out about the new work and how it portrays the price of fame and the consequences of our dreams.

Where does the title ‘The Lure of Collapse’ comes from?

I wanted to think of a title that threaded all the work together as this exhibition has a spread of drawings and sculptures from various different series. A novel I read about an artist having a nervous breakdown inspired the title. I was thinking about how often it seems easier to give up rather than to keep going. At the same time I wanted the title to refer to our interest in the scandals that surround the rich and famous – the sadistic way in which we follow a celebrity’s fall from grace through the eyes of the media. For example, the largest work in the exhibition “Jean (Knockers III)” portrays the film actress Jean Harlow being escorted from the funeral of her husband. He committed suicide soon after their wedding as he felt he could not live up to the expectations of being married to a superstar. She was devastated and once again had to pay a grave cost for her fame. The brass sculptures hanging heavily from her chest represent this struggle between the idol and her devotees. 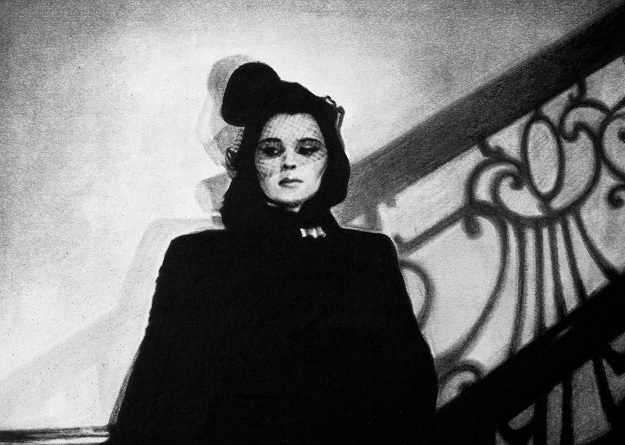 Is there a connection between the women portrayed? and does it relate to the titles ‘Not Even in My Dreams’ and ‘Dear Mr Gable’? Are there other themes which brings these drawings together?

These 4 new drawings consider images of longing, yearning, loneliness, stardom and desire. They ask us to think about what we wish for and the consequences of our dreams.

“Lucia II” is the second time I’ve has portrayed the Italian actress Lucia Bosè. The still is taken from Antonioni’s 1950 film ‘Story of a Love Affair’, in which the protagonist (who’s past is littered with tragedy) is married to a wealthy entrepreneur but seeking excitement she rekindles an affair with an ex-lover – a struggling car salesman.

“A Portrait of Joan” shows a mature Joan Crawford advertising her autobiography. Her reputation was that of a ruthless woman who fought mercilessly to preserve her career and reputation as a Hollywood star. Here the cracks are beginning to show.

“Myrna by Montgomery” is after a photograph of the aging actress Myrna Loy, taken by fellow actor Montgomery Clift. The peak of Myrna’s acting career was in the 1930/40’s; here she is depicted 20 years later by an actor who was fated to die tragically young. The looks that made her a famous beauty are fading.

“Dear Mr Gable” (Shown below) is a collage of 2 images. The top half is a still from ‘Les Enfants Du Paradis’ (1945) in which the infamous actress, Arletty, wistfully professes the title of the series. Below, a teenage Judy Garland sits alone in her bedroom writing a love letter to the man of her dreams, Clark Gable. She represents the millions of others who have little hope of ever even meeting their idols, not even in their dreams. 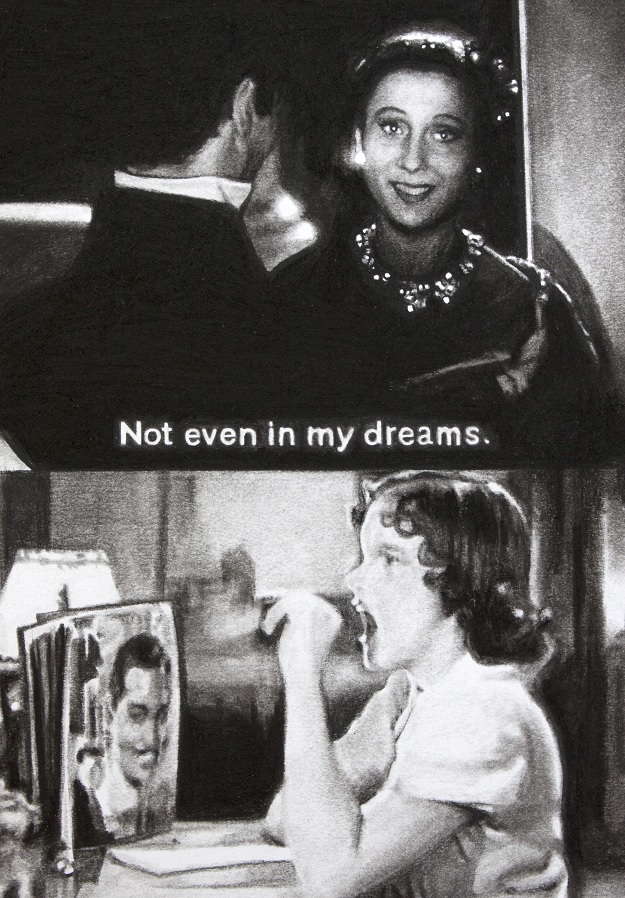 How does the new work fits in with your practice?

I collect images from many different sources and over the years some of them stay with me on my studio wall or in my memory and gradually move together. These 4 new drawings have come together over the past few years and often I don’t question why until after the series is finished because it is a natural, intuitive process. I think there is a thread through all of my work as I follow my interests and the resulting drawings and sculptures are all connected by my love of a certain type of imagery. 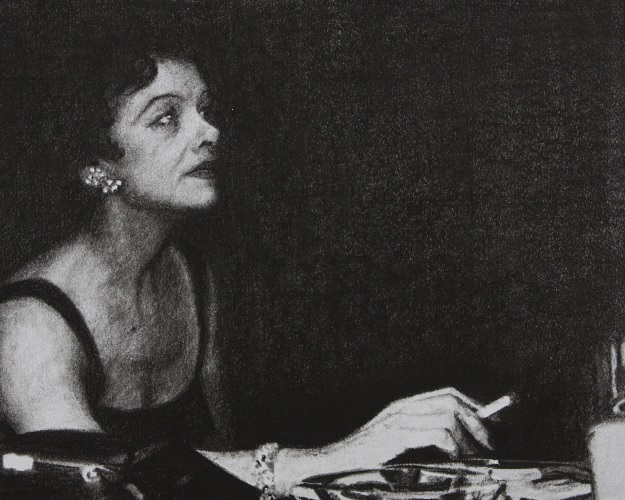 To me, your drawing style appears to be more relaxed and sketchy, which adds a certain broody atmosphere to the work?

I have been using more black chalk as opposed to pencil recently and this is why the drawings appear softer. I have found it suits the graininess of film stills well and despite it being less detailed it is far more of a challenge to create a successful drawing. I also love the blacks it produces. Pencil and graphite reflect the light so there is always a degree of ‘greyness’ whereas the chalk that I have introduced sucks in the light – giving a pure black, which I find extremely seductive.