Jake & Dinos Chapman’s ‘The Sum Of All Evil’
On show at the White Cube, Hong Kong 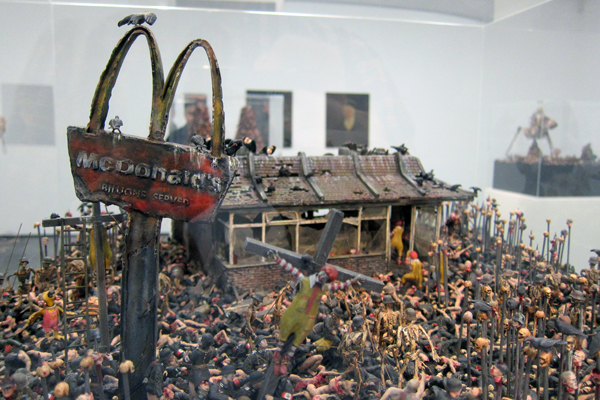 ‘The Sum Of All Evil’ is the first exhibition of the Chapman’s work in China and will feature a major new ‘Hell’ installation, a group of single dioramas and a new series of ‘reworked’ paintings.

Monumental in scope and minute in detail, ‘The Sum of all Evil’ (2012-13) occupies the entire ground floor of the gallery and is the most densely imagined diorama installation that the artists have produced to date. The fourth in a series of ‘Hell’ landscapes – the first and most well known of which, ‘Hell'(1999), was destroyed in a warehouse fire – the work features a multitude of intricately modelled Nazi soldiers, along with various characters from the fast food chain McDonald’s, committing violent, abhorrent acts set amid an apocalyptic landscape within four glass vitrines. Darkly humorous, ‘The Sum of all Evil’, as its title suggests, is imaginative rather than descriptive: a summation of all the worst possible ‘evils’, violence runs amok in a trans-historical and a-temporal arena. 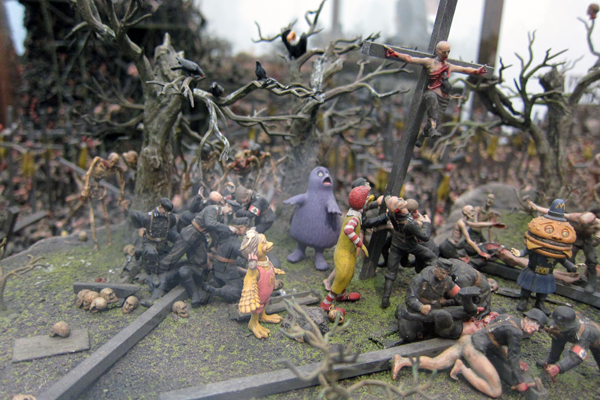 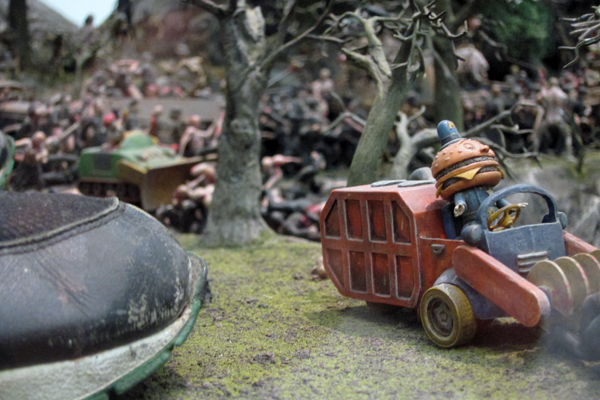 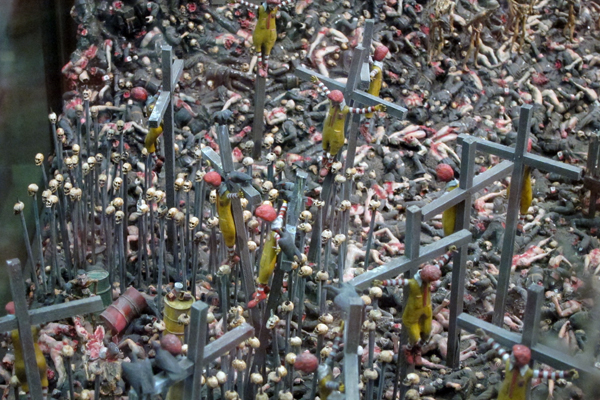 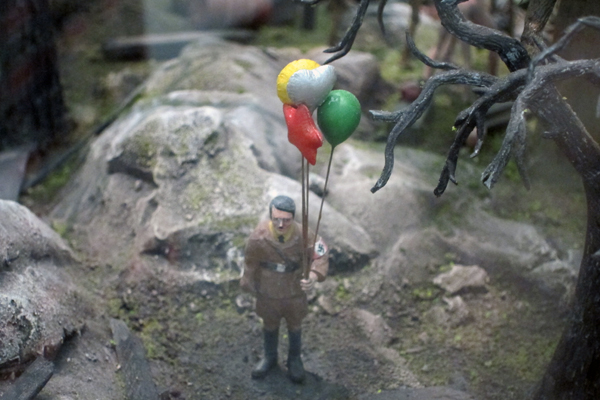 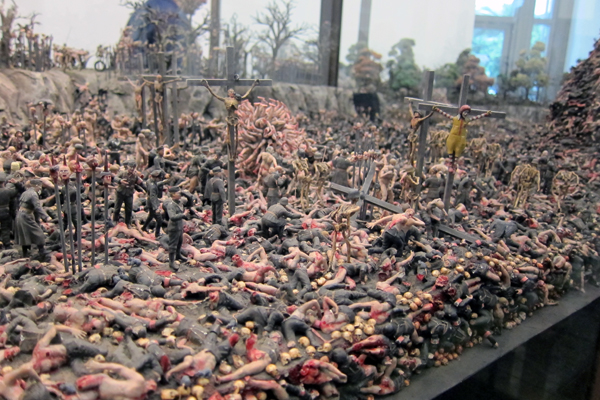 Sally Kindberg in ‘Turf and Surface’
At the Lion & Lamb Gallery, London
All, Artist Show

Sally Kindberg in ‘Turf and Surface’
At the Lion & Lamb Gallery, London