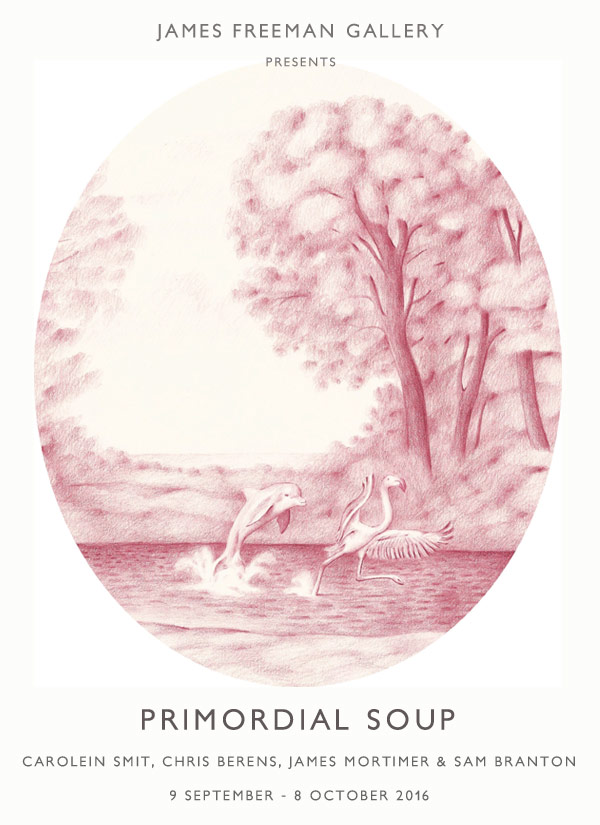 Trusting instinct over reason is rather frowned on nowadays, the implication being that it is a lack of discipline to be tamed. But for many artists, unfettered magical thinking sits at the core of their artistic practice, allowing them to tap into hidden ideas and give some shape to things that don’t make sense. In ‘Primordial Soup’, we present four artists who each use this approach as a key part of their work: Carolein Smit, Chris Berens, James Mortimer and Sam Branton. 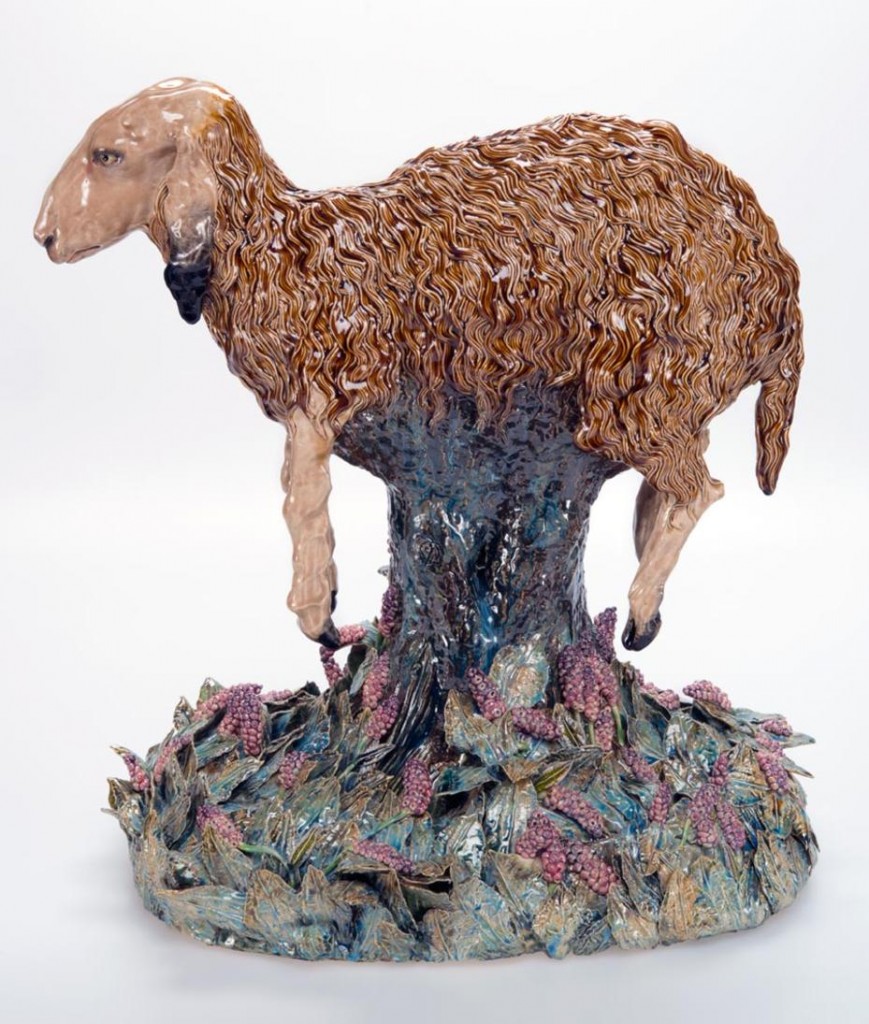 Carolein Smit’s ceramics draw on the great well of mythological imagery that sits in the depths of our shared cultural imagination. Animals abound, redolent with symbolic meaning, along with folkloric figures such as wildmen and fauns, all rendered as exquisite objects that glimmer brilliant as jewellery. But while they retain a dramatic power, there is also a slight ironic undertone, as if after so many centuries of haunting these mythic tropes had grown tired of repeating their lines. The resulting objects are both powerful and playful, balancing high drama with an endearing sense of humour. Carolein Smit will be having an important solo exhibition at the Victoria & Albert Museum in 2017. 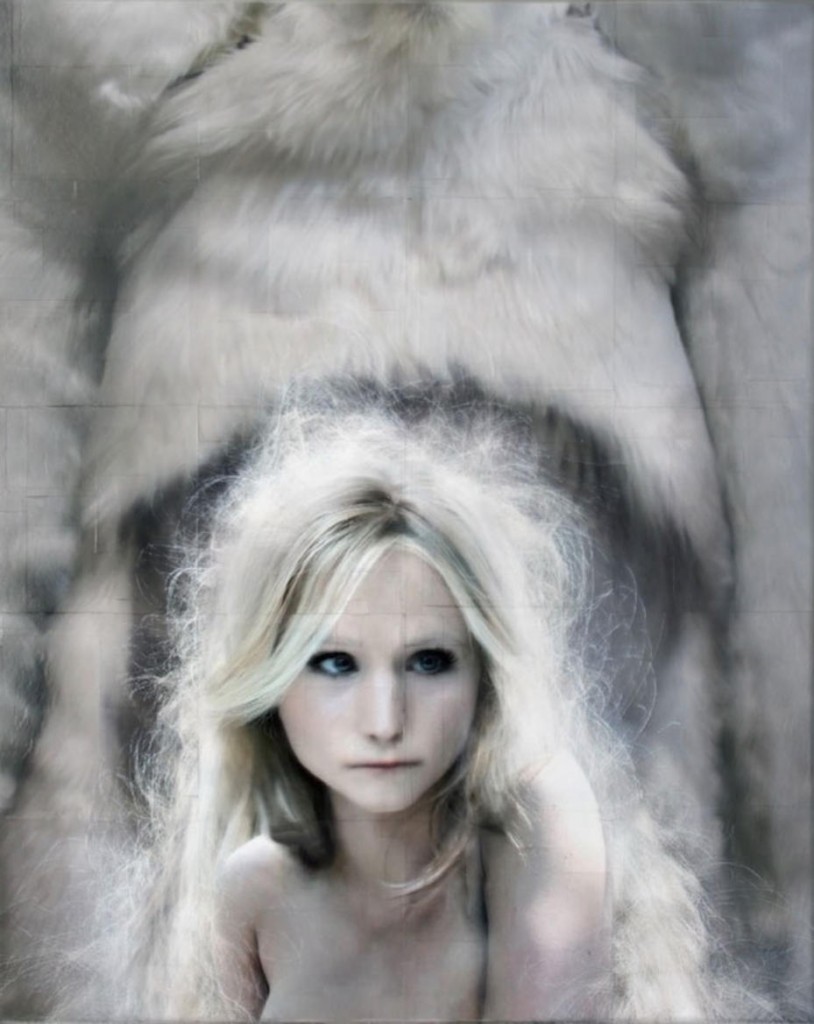 Chris Berens is a Dutch painter from near the home town of Hieronymus Bosch, and much like the Old Master has both a visionary imagination and the technical prowess to depict it with clarity. His paintings are images of an interior world full of magical landscapes and fantastical characters. In recreating it, Chris has developed a distinctive technique that has gained him considerable renown. He initially paints many smaller versions of the same subject which he cuts apart and reassembles until the image comes together, creating paintings that render pure imagination with photographic precision. Well-known both in the Netherlands and abroad, Chris Berens has recently had a solo exhibition at Museum Jan Cunen in Oss. 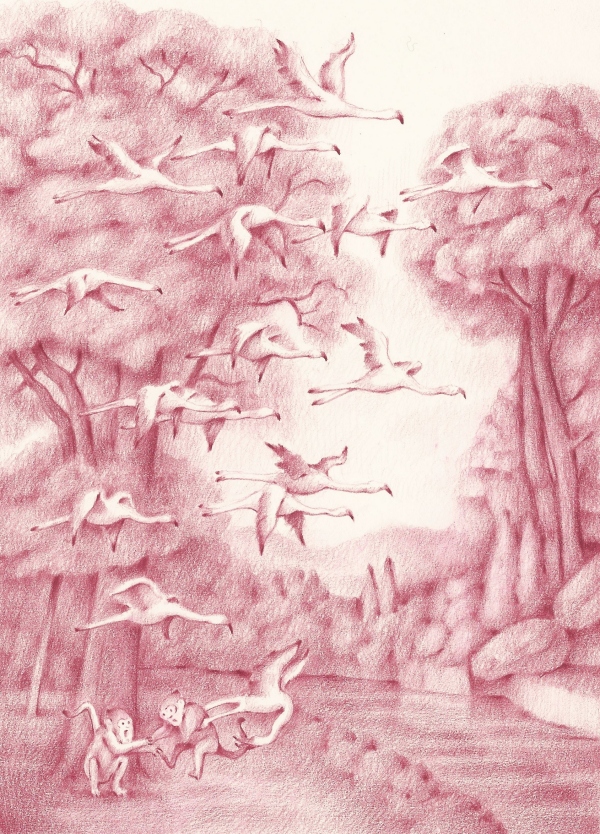 Sam Branton’s gentle pencil drawings describe neo-classical landscapes filled with unlikely animal friendships. Lions sing with butterflies, crabs clamber over wild boar, and dolphins frolic with flamingos in a world whose Enlightenment elegance has been turned into a safari. This collision of two versions of a Grand Tour is the starting point for Sam’s fantastically surreal scenes, which sometimes go so far as to stray into confused cornucopia of animals intertwined in a bacchanalia. Based in Oxford, Sam Branton has exhibited at the Ashmolean Museum in Oxford, along with exhibitions in London, Basel, Stockholm and California. 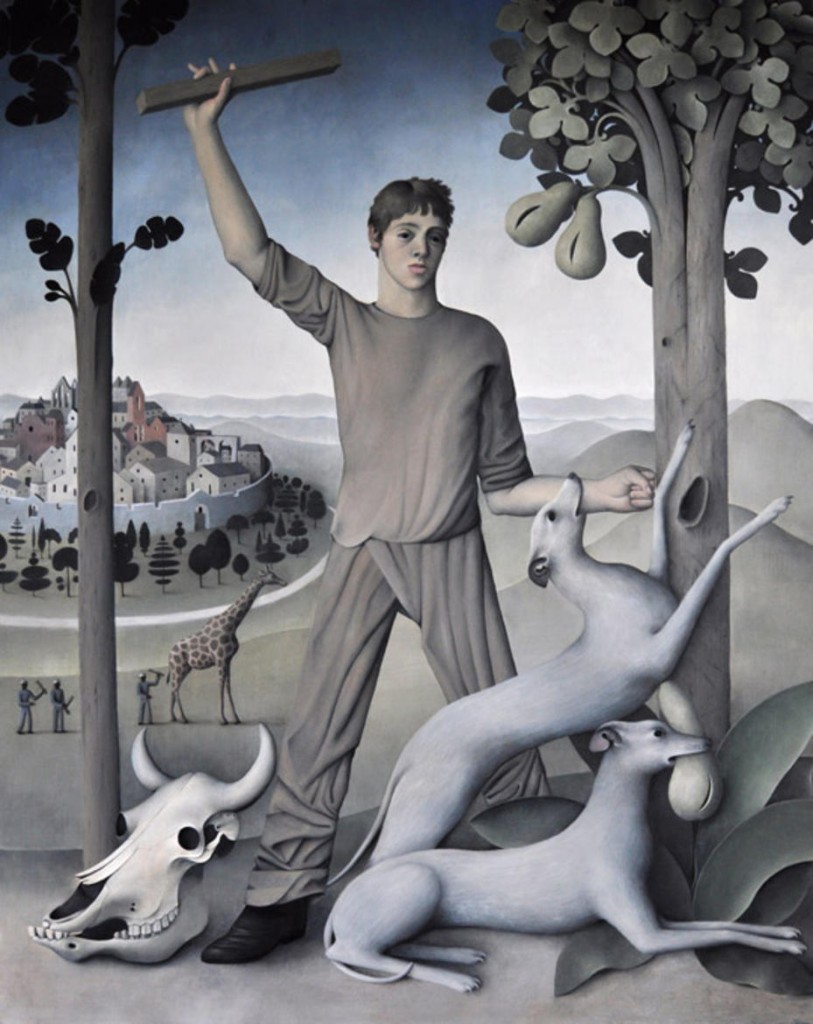 James Mortimer is a young English painter with a highly evocative style. His seemingly simple compositions belie a wealth of art-historical references that frame the trysts of his decadent figures. Within this world, all instinctive urges go unchecked: the beasts are fierce and the people licentious, given over to carnal pleasure with indolent abandon. James’s approach involves juxtaposing the beautiful with the sinister, forming scenes that frequently explore dark and sensual themes whilst retaining a sense of humour and panache. It is a peculiar power of magical thinking explored at its fullest: the ability to let ideas run wild and make the unpalatable not just manageable, but fun.