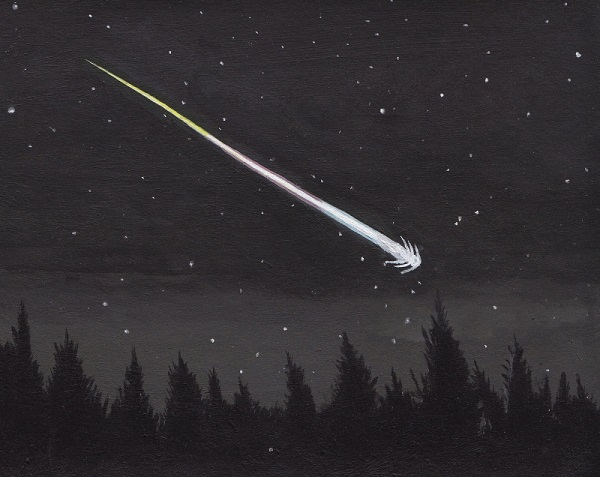 How did your time at Camberwell help in the development of your work?

I didn’t really go into college much to be honest and preferred working from my room or exploring London. Although I did meet a life long friend there who still influences me greatly.

The works appears to take inspiration from horror films such as Village of the Damned The Brood and The Innocents. Is this the case and if so could you talk about your interest in these films?

No this isn’t the case. I don’t really watch horror films. I have seen The Innocents and enjoyed it very much. I was interested in the introverted characters of the two children. I like the ambiguities in the film and the general disquieting atmosphere. 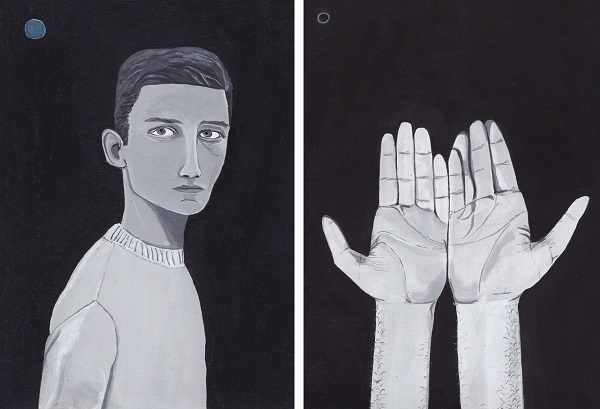 Do you see the paintings as sinister and unnerving the viewer or are they more melancholic and innocent?

They could be unnerving and melancholic but I don’t like the word sinister but maybe ominous.

Your work has a strong narrative, like stills from an old film. Do you think of the paintings as slowly unravelling a story? 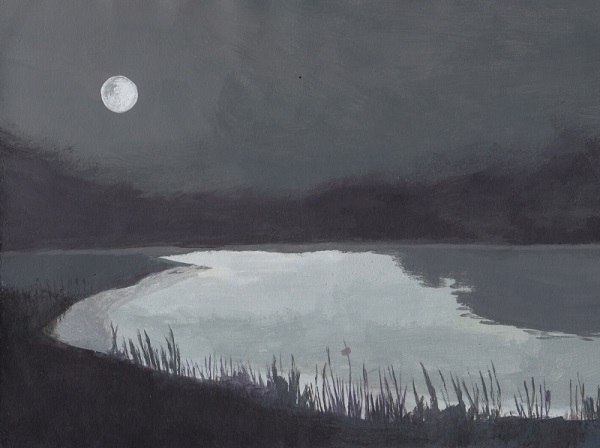 Will we see what happens next in the story as the paintings develop?

Really I’m just adding to the atmosphere of the landscapes and people I create. But I don’t want them to be viewed as a narrative story its better not to over explain what you are doing.

I have been listening to the NASA recordings recently and the sounds of Humpback whales. I’d like to find a way of exploring these kinds of sounds within the work. But i’m not sure how this will manifest yet though. 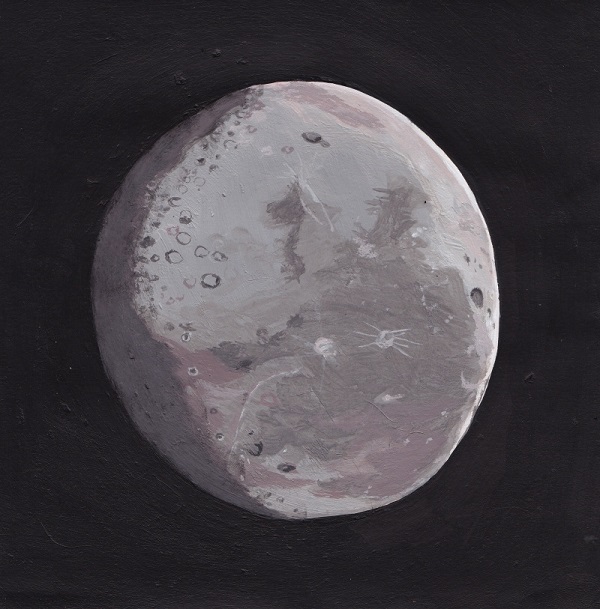 Comets and shooting stars feature a lot in your work. They never make an impact with anything but are always present. Do you feel as if the paintings depict moments before an apocalypse or something maybe more drawn out?

I’d like them just to be subtle suggestions to leave the viewer wondering and not drawing out any conclusions with an ending. 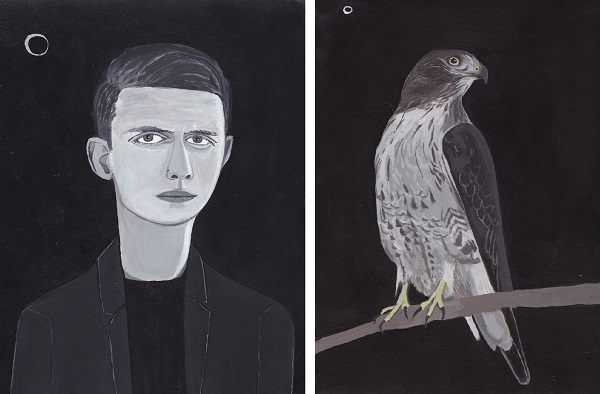 What do you think your artwork says about you?

That the work reflects that I appreciate silence and the overlooked.

Whats the one thing you would save from your studio if it was to be destroyed?

A painting I once bought in an auction of a peasant family in a Churchyard. The father looks to be burying his wife with the two children are next to him. They all have there heads down in sorrow: it is dusk, the light in the painting is dark and there is a little sun setting in the background. 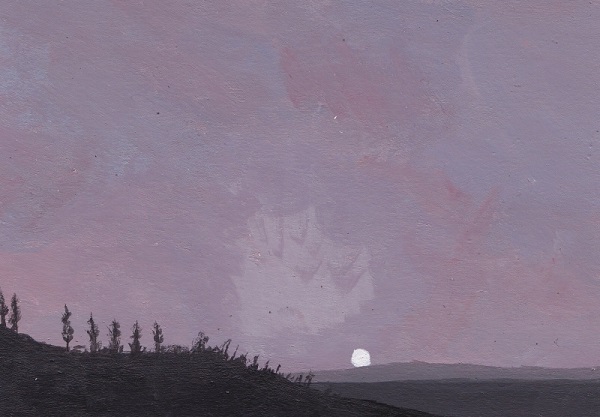 Christopher Gee’s paintings will be on show in the The Art Circus’ first curated show, The Last Man, In collaboration with the James Freeman Gallery, opening on the the 3rd July 2014.

Takashi Murakami in ‘Arhat’ at Blum & Poe, LA
All, Museums and Galleries